No human can claim complete infallibility, i.e. of being right all the time, every single time. And yet we oftentimes act with excessive pride, with lack of justifiable humility. Even the best expert in one field is just a layman in a lot of other fields. Even geniuses make mistakes, let alone us lesser folks, especially when we ignore the various ways our own mind might trip our mental feet.

By keeping the “I might be wrong” sticky note firmly at the back of my mind, I should always be wary of my own hubris when dealing with others, especially against people with opposing beliefs. It is so easy to dismiss my opponents out of hand, automatically deeming them unworthy to be heard, assuming there’s nothing of value to be learnt from them. Realize that this dismissal may be driven more by my fear of being possibly wrong, rather than a truly objective measure of worthiness (which itself is a vain attempt).

I should put my priorities in order; it is better to be proven wrong now and suffer a small humiliation rather than let my mistakes compound and snowball into a catastrophic avalanche later, dumping upon me bigger problems than mere humiliations. Let the aphorism “That which can be destroyed by truth, should be”  be my mantra. My bruised ego is a small price to pay if what I get in exchange is a better understanding of the world.

I shall not think of the opponent as an enemy; I’d rather not debate, for in it one tends to focus on winning the argument, regardless of the ultimate truth or falseness of one’s own position. One might win the battle but lose the war thusly. Turn the discussion instead into a dialectic, so that we may share both of our separate knowledge base and worldviews into a newly synergized perspective closer to the truth. Always remember that the map is not the territory, and each of our individual maps may contribute exciting new landmarks onto the each other’s landscapes.

And just like comparing maps, start with identifying the common waypoints and develop our route (thought process) together, until we come upon points of divergence, as exhorted in Quran 3:64:

“Say: “O People of the Book! come to common terms as between us and you: That we worship none but Allah; that we associate no partners with him; that we erect not, from among ourselves, Lords and patrons other than Allah.” If then they turn back, say ye: “Bear witness that we (at least) are Muslims (bowing to Allah’s Will).”

It is easier to sort through differences after commonalities have been shared, when each strands of contention are by then visible with better clarity, rather than jumping into the cold fray half-cocked, each with their own differing definitions of concepts in play and prejudiced with inaccurate presumptions about the other.

Upon encountering one such contentions, there are various ways of settling it, as explained excellently here. Of special note is the last argumentative strategy mentioned there, also known as “steel-manning”, where one not only exercises empathy in putting oneself in the other’s shoes, but also strives to come up with the best argument for their side on their behalf. This altruistic effort lives up to the dialectics spirit, removing the aggressive/defensive emotional distractions and turning what would otherwise be a clash of egos into a collaborative search for the greater truth. 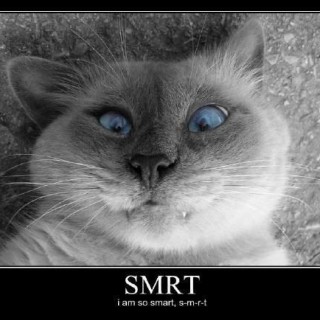 Jackfruit on the fence, Get a pole, help me to poke it; I'm a brat, lessons to commence, If i missed a goal, help me correct it.